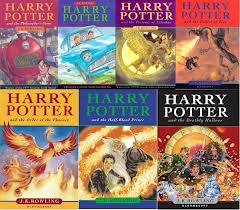 After a decade of returning to Hogwarts for wands and wizardry JK Rowling finished her fabulous Harry potter series leaving those who had grown up with Harry, Hermione and Ron out on a limb. What makes these books so special is that Rowling managed not only to capture the imagination of a generation, but to allow her characters to grow up at the same pace as her readers. What starts as simple childish fantasy grows into something dark and atmospheric that propels the story and characters forward and also tackles the hardships of adolescence and change. Harry Potter is a fabulous role model for children; the underdog orphan who was kept in the closet goes on to be one of the most powerful wizards in history and embraces bravery, loyalty and friendship at every step. Rowling created Harry’s universe so in depth that as soon as you open the pages you are transported into a paradox of the world we know so well, but it is a world sprinkled with magic and spells. Rowling doesn’t flinch from the death and the darkness which is a brave move for a children’s author. She also blurs the lines of good and bad with complex troubled characters like Professor Snape, Draco Malfoy and even you-know-who. In short the Harry Potter books are more than a simple escape series, they are a whole new world waiting for you. Take a look at the best Harry Potter books and let the Hogwarts express take you away… 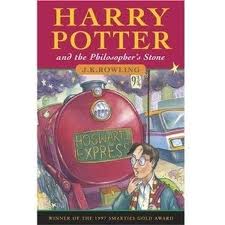 Harry Potter and the Philosophers Stone
This was the book that very first took us into the world of Hogwarts and Harry Potter. We first meet Potter as an orphan boy who lives with his hideous ‘muggle’ relatives who keep him stashed away in the cupboard and dress him in rags. That is until his eleventh birthday when Hagrid comes crashing through the door to transport him to Hogwarts School of Wizardry. Although this book is without a doubt the most childish of all the series, it is still one of the best. No one can forget the first time they read about the floating candles of Hogwarts, crashing through the platform to find the hidden train and all other kinds of magic and mysteries. Rowling set the stage and it was fascinating from the word go.

Harry Potter and the Goblet of Fire 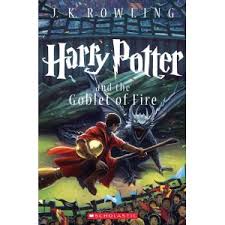 The Goblet of Fire was the first book to truly take its first steps into the adult plain. This was the book where Hermione started to care about her hair, where Ron started to feel a flutter of jealousy, and where the children have to deal with death in its rawest form. This is also the book where Rowling truly goes wild in her fantasy creation, throwing in mermaids, dragons, dark forces and a whole lot more. It’s a glimpse into the darkness and a shift to an older plain which is what makes it such a standout book that doesn’t conform to the structure and sense of the past three. Friendships start to become more complex, webs start to get weaved and tangled and being a wizard stops being all about fun as the readers realize there are deadly consequences to this game.

Harry Potter and the Prisoner of Azkaban
Another firm favorite in the great debate of the best harry potter books, the Prisoner of Azkaban always comes up trumps. Sirius Black is one of the best characters to come out of the woodwork and we really start to get a true look into the dark past of Hogwarts and what became of the Potter family that fateful night. The subject of horror and fear starts to pepper the pages and we feel a shiver down our spine as we read about the dementors who feed on human sadness and we start to see a Harry that has to face responsibly and defining moments that will stick with him for the rest of his life. This is where the tale takes a subtle twist and starts to let in the shadows and leave the whimsical light behind.

Harry Potter and the Deathly Hallows 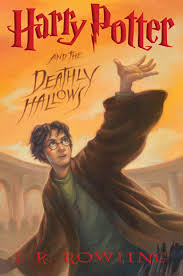 The dramatic finale in the series of Harry Potter and arguably the best. The Deathly Hallows leaves childish fantasy at the door and takes the reader into a world that is both dark and disturbing and without the safety net of certain characters to save the day. Harry is out on a limb and has to ride the roller coaster of fear, sadness, and an adventure alone, with only the readers in tow for company. This was the book that had us on the edge of our seats, the book that kept us breathless and the book that delivered nothing less than a perfect conclusion to a perfect story, the best way to end a decade.